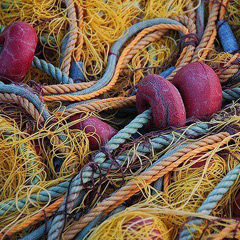 Fishermen and processors here on the Isle of Man have always worked closely together to ensure that only the best quality scallops are landed, with the remainder of the stock being protected for the future.

Over the last decade Manx fishermen have also worked alongside the government and scientists to balance commercial needs and the need to protect the marine environment.

The island’s achievements in the area of sustainability were recognised in 2011 through the award of Marine Stewardship Council (MSC) accreditation. The Manx trawl-caught queen scallop fishery was certified as a sustainable and well-managed fishery following a 21-month assessment.

The Isle of Man Fisheries Directorate also achieved first place at the Sustainable Seafood Awards 2011, beating off competition from throughout the world.

In conjunction with its drive to promote sustainable fishing, the Isle of Man has introduced Marine Nature Reserves in a bid to protect important marine habitats.

Plans to make a stretch of the Isle of Man’s coastline into a Marine Conservation Zone were welcomed by local fisherman. Under the proposal an area off Ramsey Bay was closed to scallop dredging and queenie trawling to help replenish fisheries.

Billy Caley, Director of Isle of Man Seafood Products Ltd, says fishermen are starting to feel the benefits of conservation: “We’re seeing more queen scallops than we’ve ever seen in our lives.”