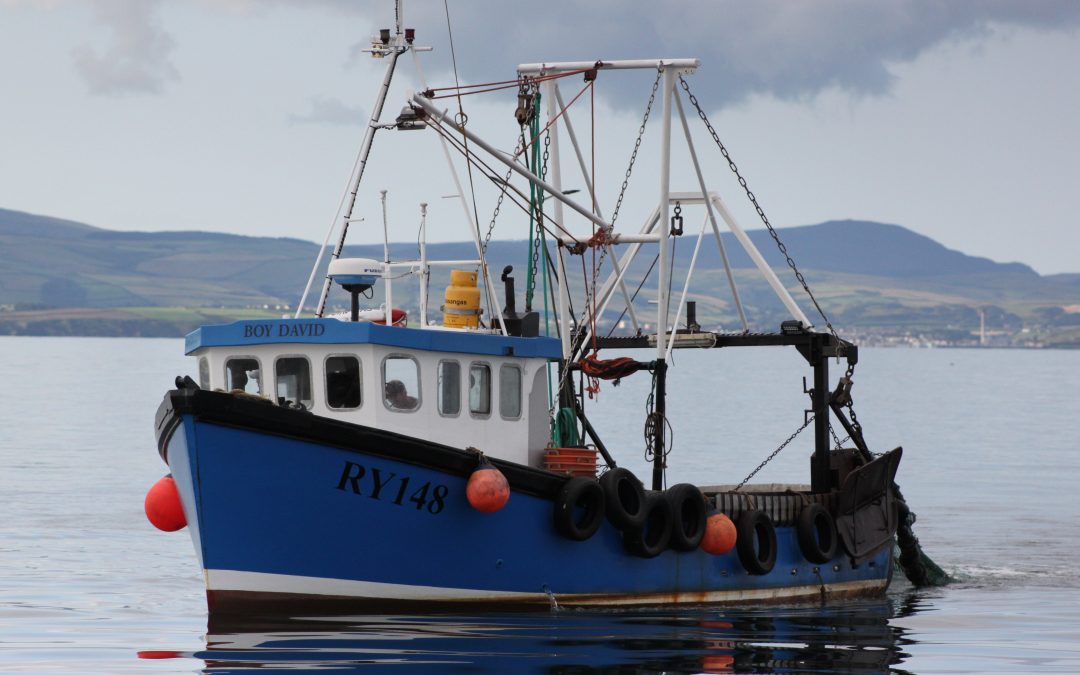 She was fitted with a 120hp Ford engine and canvas shelter deck.  She fished gill nets and a prawn trawl from Hartlepool.

Robert Cole owned her in Whitby for a short time, before she was sold to Caernarvon skipper Alecka Jones.

She crossed the Irish Sea in 1996 after Portavogie owner Harold Campbell bought her, where she was rigged for scalloping and trawling, fitted with a Daewoo md136 engine and re-named Boy David b.57.

Staying in the Irish Sea, Keith McGuire of Fleetwood bought her in March 2007, keeping her b.57 reg, she fished the eastern Irish sea grounds for fish, prawns and scallops.

In summer 2008 Adam Sewell of Ramsey bought her, re-registered as Boy David ry.148, she was painted light blue and rigged for crab and whelk potting.