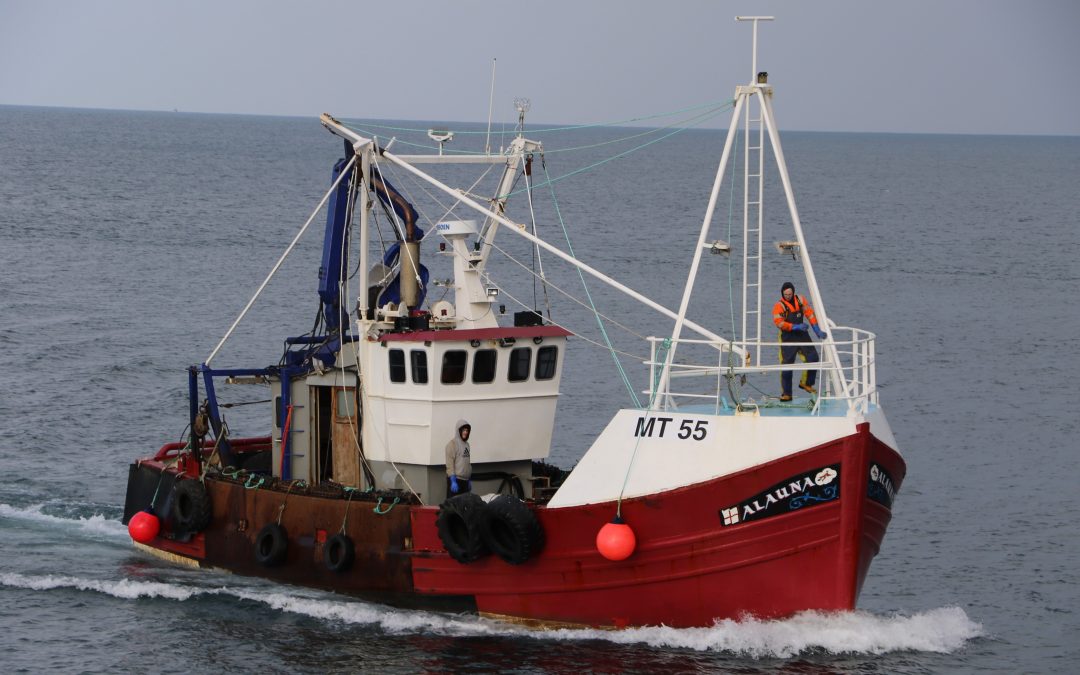 Gerrards of Arbroath launched the 50ft wooden hulled Scorton ah.37 in 1973 for Hartlepool skipper Frank Reid and Tom Horsefield of Hertoness Engineering. Fitted with a 200hp volvo penta engine, she was rigged as a trawler and with her distinctive shaped Gerrards bow, she fished for prawns and whitefish from Tyne and east coast English ports.
She was sold in 1988 and renamed Minch Harvester ob.441. She was rigged to dredge for scallops and still tow a trawl. During this time she was also fitted with a whaleback and had her wheelhouse raised. In 2002 she was sold to Castlebay, taking the reg Minch Harvester cy.812.
During a storm in January 2005 she was blown ashore at Northbay, Barra, she sat on the rocks for a few days before being towed off by Barra lifeboat and proceeded to Mallaig for repairs.
She was sold on to Campbeltown in 2007, being renamed Shannon cn.555 fishing around the Clyde for prawns. She moved to Maryport in 2011 and was rigged for scallops before
becoming Alauna mt.55 in 2012.
A regular visitor to Manx waters and ports, she was fitted with a new wheelhouse in 2016. Billy Caley bought her in March 2018, re-registered her as Alauna pl.187.
Skippered by Simon Morley.